The first major difference between microblading and permanent makeup is the method of application. With the permanent method, a series of needles are either stacked or formed in a circle and a tattoo machine is used, vibrating to put the pigment into the skin. With this technique, the eyebrow area is filled in completely, where as with microblading, the manual blade consisting of multiple micro needles creates fine hair-like strokes to create the look of full, more natural brows.

Where microblading is strictly for your eyebrows, permanent makeup can also be used for other areas such as eyeliner or lips.

But what causes one of these techniques to be permanent, and the other semi-permanent?

This comes down to the depth in which the pigment is placed into the skin.

With the permanent makeup machine, the pigment is applied deeper into the skin (similar to a regular tattoo), causing the results to last permanently. With this method a touch up would typically only be needed every 4-5 years depending on skin type and exposure.

Microblading on the other hand, is much more superficial, since the pigment is placed only a few layers deep into the dermis. This creates a more natural look as the strokes are crisper, sharper and mimic real hair. Touch ups are required more often with this method, about every 12-18 months, as the pigment will fade away faster since it is closer to the surface of the skin.  This semi-permanent option also allows for change over the years if you desire a different brow look, color or shape.

Typically the darker the pigment and the skin, the longer the results will last before needing a touch up.

With both procedures, the brow technician will customize the pigment color to your skin tone, hair color and preference. They will also customize the brow shape to your exact liking before beginning the treatment. 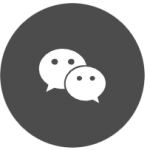 At Beauty Works we want to make sure that you are receiving the best care possible. That is why we recommend booking a complimentary consultation prior to any new medical treatment.

Sign up to see what's happening at Beauty Works Spa! Join our General Mailing list for newsletters, event invitations, and on-going promotions. Receive all of that PLUS save 20% on last minute spa service offers when you join our Last Minute Club mailing list.

You have successfully signed up. We look forward to staying in touch!